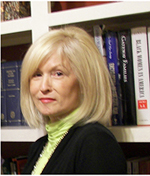 Elizabeth Shown Mills is a historical writer who has spent her life studying Southern culture and the relationships between people—emotional as well as genetic. Published widely by academic and popular presses, she edited a national-level scholarly journal for sixteen years, taught for thirteen years at a National Archives-based institute on archival records and, for 30 years, headed a university-based program in advanced research methodology.

A popular lecturer and past president of both the American Society of Genealogists and the Board for Certification of Genealogists, Elizabeth is the author, editor, and translator of 15 books and over 1000 articles in the fields of genealogy, history, literature, and sociology. She has delivered over 1,000 lectures internationally, has appeared on radio and TV talk shows on three continents, and was featured on BBC's 20th and 30th anniversary specials on the novel Roots. 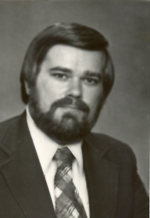 MOURNING THE DEATH OF DR. GARY B. MILLS ...WHEREAS, it is with a sense of great sadness that the Legislature of Alabama notes the death on January 25, 2002, of Dr. Gary B. Mills of Northport, Alabama; and Whereas . . . read more